9/24/2020
The kindergarten class has been busy this month, absorbing all sorts of new information, as well as developing good habits. Their lessons with Mrs. Quattlebaum have included writing clock letters, learning the history of Christopher Columbus, locating two of the seven continents, and observing various scientific phenomena. Mrs. Quattlebaum says the kindergarteners are “full of love” and a sense of wonder. 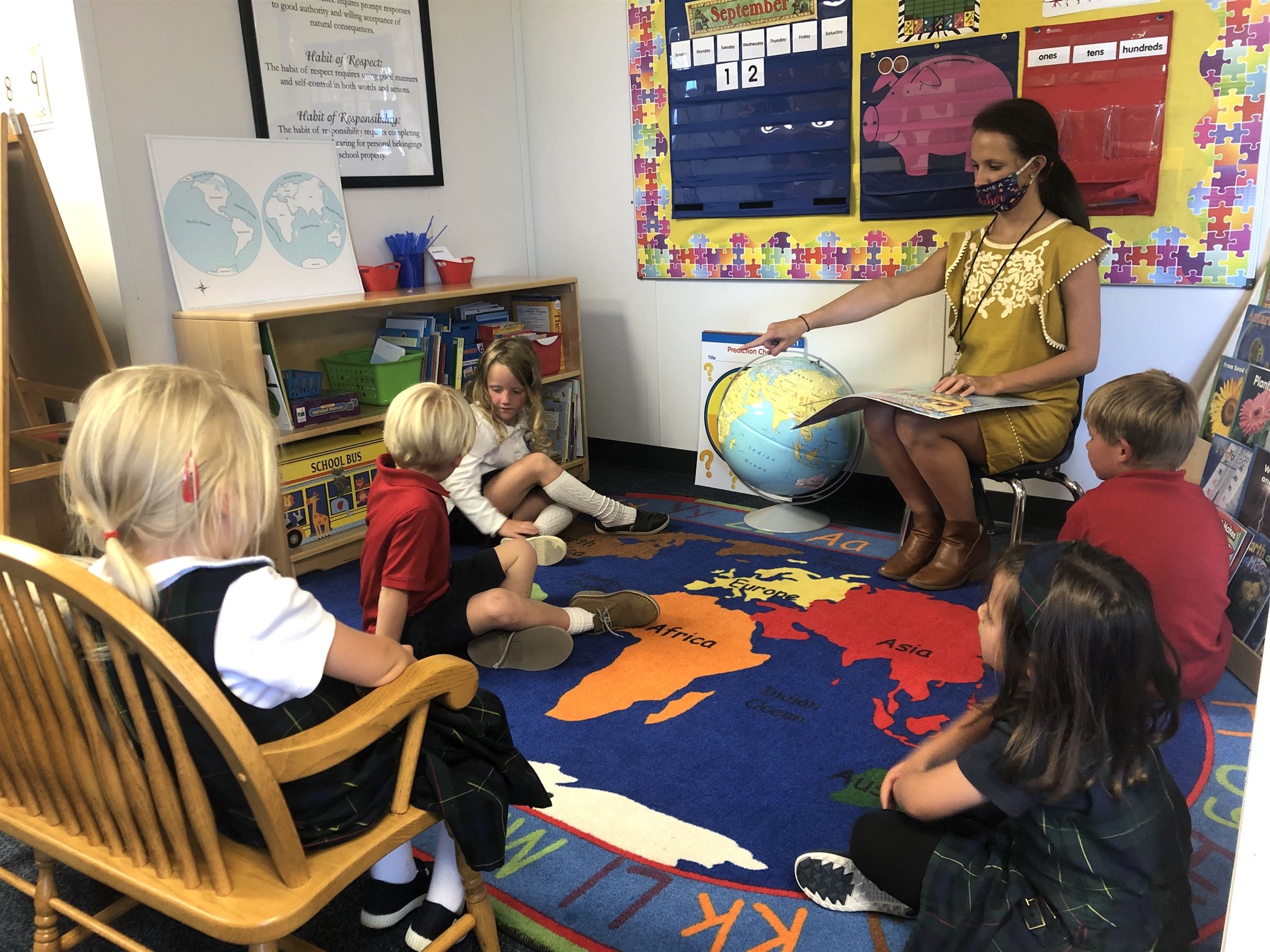 In science class in particular, the kindergarteners’ wonder has been especially evident. Last week they studied dilution. To demonstrate how water causes things to dilute, they class went outside and dug up dirt, which they mixed with water to make mud. They also experimented with adding colored powder to water to observe the change in opaqueness.
The students loved these hands-on lessons, where they can make links between the knowledge learned in the classroom with real world experiences. Mrs. Quattlebaum is excited to teach the kindergarteners this ability to think deeply and make connections. She says, “Being able to teach children how to see something in the natural world or classroom and link it to other things they've seen, form pathways of thinking, and train their mind in that way is my favorite thing to do here.”
The ability to think deeply and understand an issue rather than just repeating an answer is part of JH Classical Academy’s goal to cultivate both wisdom and virtue in students by equipping them with tools of learning. It’s never too early to start working toward this goal, as the kindergarten class shows!
About the first three weeks of kindergarten, Mrs. Quattlebaum says, “It's been good to get to know them and see their heart, their desire to learn, and to see them grow in wonder.” We wish the kindergarten class a great year as they continue to grow in their knowledge, habits, and sense of wonder!
Back