9/24/2020
As classes have resumed at JH Classical Academy, so have a variety of student activities. One of the athletic extracurricular activities which the Academy currently offers is cross country. The JHCA cross country team is a budding athletic program, which began last year by Mrs. Sarah Walter. Mrs. Walter says that, when she and Coach Lunz discussed beginning a sports program last year, cross country seemed like the best option since “all students need are good tennis shoes.” 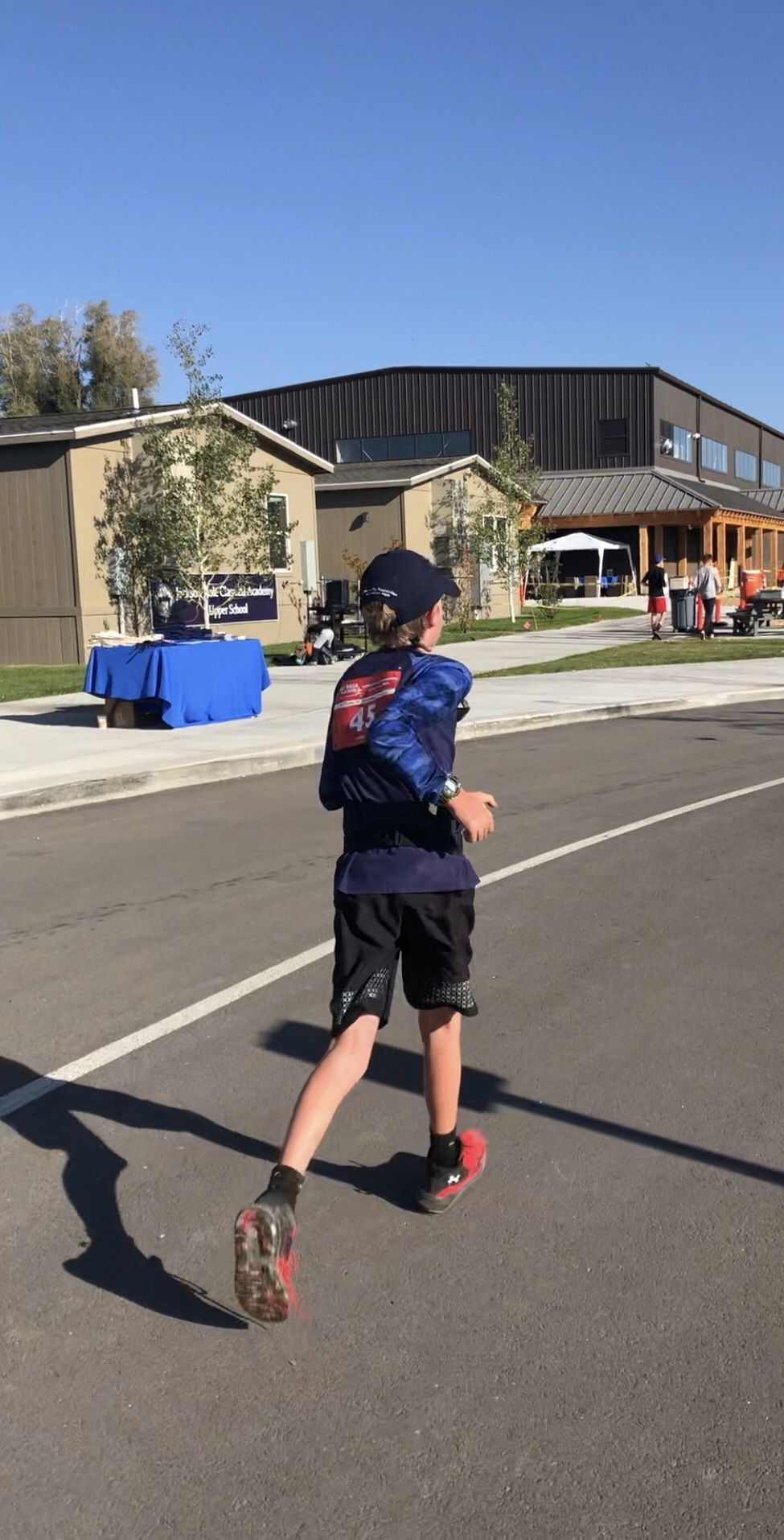 The team, which included three students last year, has grown to five this year, and Mrs. Walter hopes for more growth in the future. Her goal is that cross country can serve as a transition for students who are interested in athletics to be involved in more sports programs in the future. In the meantime, however, she says the team doesn’t have to be large for students to benefit from it. She says, “Running teaches you life lessons, particularly never giving up. A lot of us can do more than we realize, and it’s about keeping on pushing.”
Sascha Mizelle ‘24, who joined the cross country team last year, likewise encourages students that they do not have to be excellent runners to join the team. She says the team is “a very tight-knit community; everyone is at a similar level, and it’s a great way to push yourself and feel yourself improving as you run.” She also says the program is less about being competitive and more about self-improvement.
Although the cross country program focuses on self-improvement, the team does have the opportunity to compete a few times a year. Last year the team participated in three meets, but this year the meet schedule is less certain, due to COVID-19. The team had their first meet of the year this past Thursday, September 17, in Star Valley. The meet was for middle school students only, and three JHCA participated, with Sascha Mizelle attending as team captain.
Closer to home, Seth Rutt organized a fun run at the school this past Saturday, September 12, in honor of the annual Old Bill’s fun run. Over 50 students and parents joined in the run, including all of the cross country students. Each age category that had a cross country student was won by that student, showing that their past few weeks of hard work have paid off!
To any student considering joining the cross country team, Mrs. Walter encourages, “All you have to do is get out there and run!”
Back