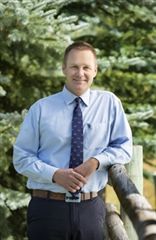 University of Mary Hardin-Baylor, B.S., Exercise Science and Biology
Texas State University, M.Ed., Exercise Science
Dean of Students & Athletics Director
7th Life Science; 7th and 8th PE
Coach Samuel Lunz is originally from San Marcos, Texas, where his father has been a headmaster of a private school for 40 years. His nineteen years of teaching experience have given him a deep love for the art of teaching. In particular, Coach Lunz is eager to see his students embody the same virtues on the field or court that are incorporated into every aspect of the classroom at JH Classical Academy. In the community, Coach Lunz serves as the head basketball coach of Jackson Hole High School. Coach Lunz and his wife have embraced life in Jackson Hole and are enjoying raising their family in this community.

“I love teaching at Jackson Hole Classical Academy because of the high character and quality of the faculty, staff, leadership, and families. It is by far the best place I have taught because of the focus on in-depth curriculum and teaching, the pursuit of truth, and the development of each student as a whole person created in the image of God.”
Coach Lunz says, “My dad is my biggest influence as far as teaching goes. I watched many of his former students come back and tell him how much of an influence he had on them. I got to see firsthand the long-term rewards of teaching.” The family dedication to teaching shines through in Coach Lunz’s enthusiasm with his students at JH Classical Academy.
Coach Lunz moved to Jackson Hole from Buda, Texas, where he coached 6A high school basketball—the highest level in the state. He’s been enthusiastically welcomed by both JH Classical Academy Coach as physical education teacher, and Jackson Hole High School, as the new high school basketball coach.
Despite a successful coaching career in Texas, Coach Lunz and his family longed for the mountains and a small, welcoming community. “I love everything outdoors,” Lunz says, “and all our holidays were spent in the mountains. We really wanted to live in the mountains someday.” Lunz is an avid fly-fisherman and hunter. Jackson Hole has everything he and his family was looking for. Now he and his wife Becky are focusing on doing activities with their young daughter and son. “It’s a wonderful place to raise our children in the kind of healthy lifestyle that we want for them.”
When Coach Lunz heard about the positions open at Jackson Hole High School and JH Classical Academy, he and his wife made a decisive choice. “Moving from Texas was a real leap of faith,” he says, “but we definitely decided to move.” Not only was the location perfect, but his two roles as coach and teacher provide outlets for his many talents.
Coach Lunz has expressed enthusiasm to further discover JH Classical Academy, saying, “The philosophy of classical education just makes sense. It’s wonderful to work at a school where tried-and-true methods that work are still being used.” He is excited to continue in his position as physical education instructor, teaching students the fundamentals of health and fitness, while making exercise engaging at all levels.
Back